The Ernesto Valverde era at Barcelona started with a defeat in the Spanish Super Cup at Camp Nou by Real Madrid.  Barcelona was soundly beaten 1-3, the first official match for Valverde.

12 hours after the defeat, Barcelona announced that they have reached a 40 million pounds agreement with Guangzhou Evergrande of China for Paulinho. The signing of the 29 year old Brazilian who failed to impress during his time at Tottenham has caused a stir with many believing that the move shows that Barcelona lacks direction.

The refusal of Liverpool and Dortmund to accept transfer offers for Phillipe Countinho and Ousamne Dembele has further frustrated whatever plans Barcelona has for the season. If it happens that Barcelona fails to Countinho and Dembele to bolster their squad, then it may just be that Barcelona will be in for a difficult season.

Do you agree, that the purchase of Paulinho shows that Barcelona have no concrete plan for the season?

Kindly drop your comments below.

NO RONALDO , NO PROBLEM 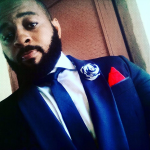