THE EAGLES COULDN’T SOAR AT WEMBLEY :TALE by Chanai Richards

THE EAGLES COULDN’T SOAR AT WEMBLEY

On Saturday, 2nd June we saw the International friendly match between the Super Eagles of Nigeria and their English counterparts in the prestigious Wembley stadium, London.

The game which was star studded featured some of the best players in the English premier league and Europe.

The first half of the game was a show of might by the English side as they scored two goals by Garry Cahilland Harry Kane respectively. The Nigerian side however, had nothing to show in the first half besides their bright and beautiful Jerseys (inside joke).

FIRST, SEE HOW NIGERIANS WORE THEIR JERSEYS. THEN CONTINUE WITH STORY BELOW

In the second half, some tactical changes were made by the Nigerian Super Eagles coach –Gernt Rohr. That of course changed the course of the game as we saw a better attacking, ball possessing and formidable Nigerian side. Fortunately,they had only a goal scored by Alex Iwobi to show for their brilliant performance in the second half.

The game ended 2-1 in favour of the English side.

What are your predictions for the world Cup? Do you think the Eagles will make it out of the Group Stage? How far do you think they can go?

Drop your comments in the comment section. Let’s agree to disagree! Join us on social media @backendscoop 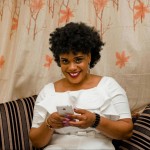